Omnimous – Always Not There (preview) 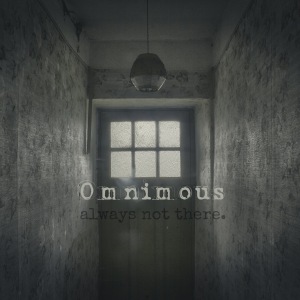 We decided to set up the Irregular Crates label late last year so that we could put together a few high-quality digital albums to run alongside our blog. The first news announcement on this was a project that we intended to be our very first release; a collaboration in which we appealed for samples and sounds. We have been gathering these for several months now and have at long last got an album together, assembled by our anonymous producer who goes by the name of Omnimous

Of course, the Spheruleus release was ready earlier and we decided to put that one out the door for your consumption – now we can present you with the second release in our catalog – ‘Always Not There’ which also features stunning photography from Ian Hazeldine (Antonymes)
In our next posts, we’ll be announcing the release date as well as introducing you to the artists involved in this project and hopefully we can have a chat with Ian too about the bonus photography he has kindly sent us. In the meantime, click play below to check out a preview of the 12 tracks on this terrific album:

-PRESS RELEASE-
Always Not There is the first album from anonymous artist ‘Omnimous’, scheduled for digital release on the Irregular Crates label.

The blueprints for this album were laid out when we put out an open invitation for artists to submit audio samples. These were collected and passed to an anonymous producer who was charged with assembling them into a record. As a result several artists regardless of genre have collaborated to create something truly unique in ‘Always Not There’.

Field recordings, noise, radio broadcasts, drones, instruments, synths have all been warped and assembled into a lo-fi framework of Deep House and Techno focused beats. With the producer’s identity remaining anonymous, the collective arrangement of the various samples and layers of detail become greater than the sum of its parts.

The album’s concept draws from the photography of Ian Hazeldine who visited several abandoned houses. Always Not There spares a thought towards the fading human emotions and experiences from such abandoned property as the decaying structure is all that remains. House was supposed to be a spiritual thing; a soul thing. Now there is nothing but decay.