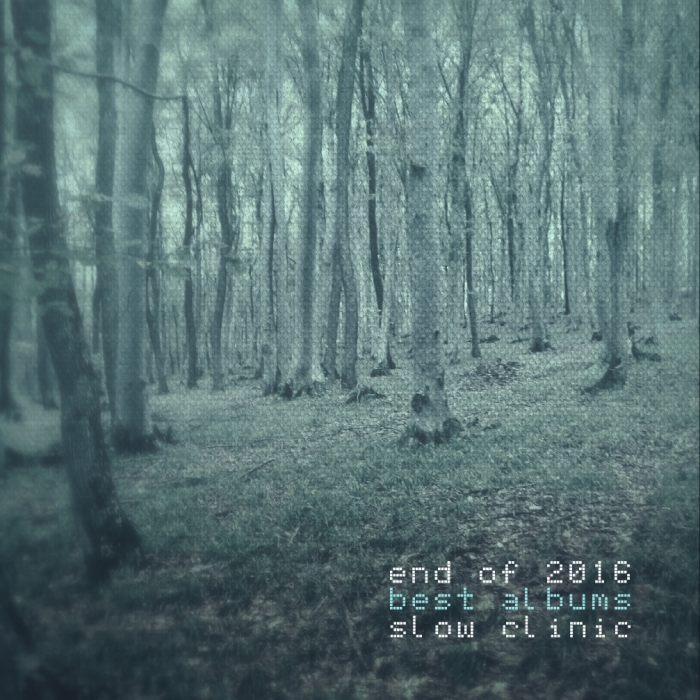 Our third and final post/mix covering Irregular Crates’ favourite releases of 2016 comes courtesy of our writer James Armstrong (Slow Clinic). His post/mix was uploaded before the year finished, but I have been on holiday and unable to post up his coverage until now! James’ mix however is the perfect way to start the new year, with a short but calming selection of Ambient works.

Below are a few comments from James as he looks back over the year as well as his 10 favourite records of 2016, in alphabetic order. To check out his mix, click on the image above or HERE

“For the vast majority, 2016 was a testing year. Entering 2017 is filled with tension, uncertainty, and worry. This mix was put together towards the end of December, and features a chosen selection of new music that I was introduced to throughout the year. Each track included in this mix have provided an immersive listening environment; deep and enveloping, far from the stresses of a year that brought bad news every day. Beyond the releases I was fortunate enough to be sent for review, almost all of the new music I explored this year arrived in the form of cassette batches from Canadian-based tape label, Constellation Tatsu – a label I’ve long trusted when searching for new listening experiences and artist unbeknownst to me. Towards the end of the year, I was fortunate enough to be given the opportunity to review Danny Clay’s album, ‘Stills’, earlier in the year. It’s closing track, ’10.30.2015 (II)’, felt like the perfect close to my end of year mix. It loops and repeats, although continues to vary. It slowly fades into the distance, leaving the year behind in a quiet and sombre fashion.”

← End Of 2016: a list and show by Harry Towell
Various Artists – Illuminations (DRONARIVM) →