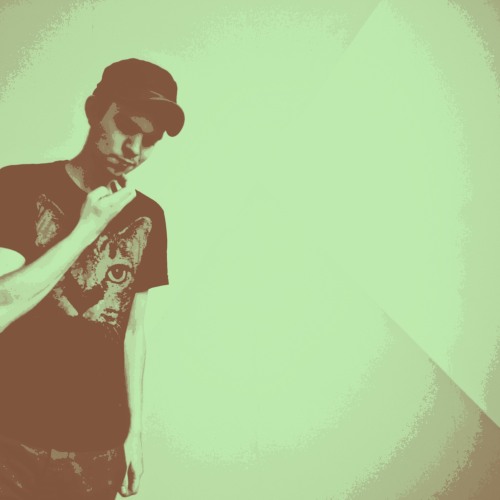 The Prairie Lines is South London, UK based artist Bill Bawden, formerly known as Herzog. He joins our Grounding Sounds roster after we’ve had quite a break (3 years!!) to coincide with the launch of The Prairie Lines’ debut album ‘Eyes Down Slowdown‘ on vinyl-imitation CDr label Whitelabrecs.

Bill’s been active as Herzog for many years with releases on all of your favourite netlabel haunts: Serein, 12rec, Resting Bell, Rural Colours and Audio Gourmet as well as his own imprint Bedside Table. The moniker was active from 2005 but has seemingly been dormant in recent years and Bill has confirmed that he’ll now press on with his new project The Prairie Lines. Eyes Down Slowdown sees the launch of this new era in Bill’s sound, a debut of beautiful treated piano drones, resting on a bed of soft noise. The idea of this Grounding Sounds episode was to help promote the release however, already at the time of writing, all but one copy has sold out at source!
Thankfully, you can check out the digital version or soon, Bill will surely have copies in his shop which you can visit below (The Prairie Lines). Hit play to stream, or bookmark it for later…

Bill’s show reveals an influence of Post Rock, Indie, Ambient and Electronica spanning the last ten to twenty years in the main, along with a couple of older selections. This is inclusive of the likes of Nils Frahm, William Basinski, Low and Labradford to name but a few. Bill talks us through each track below…

William Basinski – Disintegration Loops 3 (Excerpt) [2003]
“For his Disintegration Loops series, Basinksi records the effect of old tape loops
losing material as they pass the tape head: literally the sound of decay. I love how
the loop gradually reveals hidden textures as it slowly destroys itself.”

Delia Derbyshire & Barry Bermange – Invention for Radio No.1: The Dreams (Exerpt) [2014]
“Originally broadcast on the BBC Radio Third Programme in 1964, I know very little about the back story to this eerie collection of dream descriptions. Delia Derbyshire is of course better known as a pioneer of electronic music and for creating the Doctor Who theme.”

Perfume Genius – Floating Spit [2012]
“The music of Seatlle’s Mike Hadreas is warm and intimate. I love how the simple instrumentation is enhanced by the breathy backing vocals.”

Nils Frahm – Them [2015]
“I have been a big fan of Nils for quite some time now, and his album Felt, with its extremely close micing, completely changed the way that I thought about piano music. Instead of that album, I have chosen a song from his soundtrack to the excellent 2015 film Victoria.”

Beat Happening – Run Down the Stairs [1985]
“Maybe not the most obvious choice to go into this mix! Indie-pop pioneers Beat Happening’s primitive recording techniques and disregard for technical ability hold a certain appeal to me. In my opinion, the lo-fi nature of these recordings add to their intimacy and charm.”

The Microphones – Tonight There’ll be Clouds [1999]
“The Microphones take Beat Happening’s aesthetics and run with them.. the layered textures and distorted guitars bring out a drony character to this track.”

Julianna Barwick – Keep up the Good Work [2011]
“Julianna’s use of wordless vocal loops makes listening to her music a warm meditative experience. This is one of the less stripped-back tracks from her first album The Magic Place.”

Tim Hecker – Black Refraction [2013]
“One of the softer cuts from an artist more known for heavier drones, I love how the piano is gently subverted by distored tones and stabs of staticy noise.”

Colleen – The Happy Sea [2005]
“I have been a fan of Cécile Schott’s loops ever since her debut album in 2003. The rough and.. yes, again, lo-fi nature of the music has inspired me to explore the timbre and texture in my music above all else.”

Baths – Rain Smell [2010]
“Another song that I seem to return to again and again. The heavy presence of white noise brings a warm character to this song.”

Labradford – Streamlining [1995]
“So glad that I managed to catch this seminal 90s postrosk band live, just after I left school and just before they disbanded. I love the barely-audible vocals here.”

Rachel’s – Water From the Same Source [2003]
“Another almost-forgotten postrock outfit from way back (well, the 90s!).The genre has been a big influence on my musical style, and taught me in my youth that music didn’t have to adhere to a set structure.”

How To Dress Well – Suicide Dream [2010]
“Derided by some as a bit of a hipster fad, Tom Krell’s heavily-processed take on the usually polished soul and R’n’B genres is worth contemplating: whether you ultimately love it or hate it! I remember hearing this track for the first time and finding it unbearably beautiful.”

Low – Breaker [2007]
“I couldn’t finish this mix without including something from one of my all-time favourite bands. Their minimalist approach has always been a big influence, and even their more expansive later material retains a simple charm, and is always imbeccably and beautifully produced.”