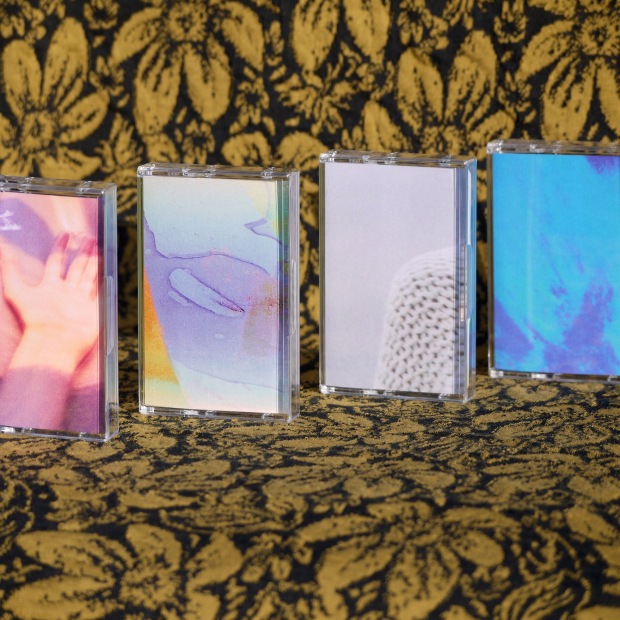 As spring draws towards its warm close, I’m reminded to provide a now belated review of this year’s ‘Spring Batch’ of cassettes from Canadian-based label, Constellation Tatsu. Following a number of rapid showers before the sun final emerged into what will be another humid day in the South East of England, I revisit what quickly became my favourite batch release from Steven Ramsey’s label so far. It’s impossible to remain unbiased reviewing this collection of releases, as I’m yet to be disappointed by anything Constellation Tatsu has released. I typically pick up the batches as soon as available, knowing one or two of the artists included, and unfamiliar with the rest; I was already a big fan of Forest Management, although admittedly I cannot pretend to have known of the rest. Strangely enough, this is how I’ve gone on to discover most new music to me, with the addition of the releases I’m privileged with the opportunity to review. So far in 2017, I am yet to purchase music on any other format that the trusted and nostalgia-bound cassette tape. Mostly due to coincidence, but I can’t deny my attraction to the fabled medium. It is with this in mind, the following review will cover the batch in its entirety in line with my own listening preferences.

Starting with the artist whose music I have listened to over the years countless times, Forest Management is the solo musical output of John Daniel. The Chicago-based musician delivers a gorgeous collection of six droning, ambient pieces the instil a sense of timelessness and fluidity from the very start up until the last tone fades off into silence. Each track possesses the weight of a much larger, longer playing piece of music with the benefit of there being no unnecessary repetition. There is well-crafted continuity as the album progresses in terms of tonality and perceived emotion without monotony. There is tenderness and fragility without weakness. Moments of intensity do appear at points, such as in the album’s third track, ‘The Traffic Bellow’, although the overall tranquillity is not offset; the listener is simply provided with a larger tonal palette to indulge. Picking a favourite or stand out track is not easy, as ‘The Elevated Quiet’ is so enjoyable holistically, but the closing track, ‘I’m Just Going To Lay Down’, offers a slight departure in that there are lengthy intervals between spacious, swelling chords. The pauses afford moments of reflection as they slowly dissolve into the auditory horizon.

Atariame – Fear Is The World

Not only was Atariame unfamiliar to me before the tape was inserted into my ageing but faithful system, the initial sounds I heard were unexpected. It’s easy to develop an expectancy of gentle ambient tones evolving into delicate and immersive blankets of sound. ‘Fear Is The World’ opens with abrupt and distorted synth pads before the warped and haunting vocals of Atariame arrive. Hailing from St. Petersburg, Russia, Artariame explores and conquers a variety of different musical approaches, ranging from harshly treated synthesizers, amplified acoustic guitars, and angelic vocal performances. Succumbing to the effects and limitations of lo-fidelity with intent, a great sense of vulnerability can be heard and felt as the listener is seemingly addressed directly through intimately whispered vocals and audible determination. The fourth track, ‘Fluffy Paws’, welcomes the instrumental addition of gritty programmed drums that drive and anchor without overwhelming within the sparse yet spatially rich arrangement. The album’s fourth is also the longest in duration, falling into a delightful decay as tempos become disjointed and clash with one another. Despite sometimes verging on musical aggression, ‘Fear Is The World’ retains innocence throughout, deeply mournful and relatable on a personal level.

A fresh experience of electronic music is presented by Sweden’s Otto Johansson. Under the alias of Echolog, Johansson creates a pleasing blend of rhythmically-orientated, expressive music that maintains steady feelings of progression and development. The album boasts a humbling and natural listening experience, rising beyond the confines of what cane loosely be catalogued as dance music, ‘Conversations’ is rife with organic sounds and true human nuance. Echolog successfully covers a vast range of styles, including: the driving techno qualities of the opening track, ‘I’ll Take It To The Grave’; the down-tempo and anthemic ‘We Brought September’; to the more free-flowing ambience of ‘Micro’. However, the highlight of the album is not the often daring risk of inter-genre variety (no matter how well Johansson has achieved it!). It is the creative guitar performances that the artist has managed to place in music that rarely includes the instrument. From the melodic playing of ‘Upscale’, to the modulated augmentation heard in the album’s final track ‘Echoism’, the dedicated exploration of the instrument is fantastic in its diversity.

The final cassette release within Constellation Tatsu’s 2017 Spring Batch to be reviewed in this feature is from Fluorescent Heights. The tape consists of two long playing tracks, each taking a side of the cassette; two droning, evolving pieces that provide a continuous textural approach to ambient music. The initial track, which takes its name from the title of the release, begins with realism as an imaginary cassette within the audio is placed and starts to play. What follows is the narrow, degraded tone of a tape found having been lost over a long period of time. It sounds weather beaten, worn, and a victim of time while gather dust only to be discovered and played out of sheer curiosity. Similar to the diminished clarity of an old VHS having received countless plays and owners, ‘Strange Lagoon Found At Nightfall’, as an release, tells a story of time with an awareness of authenticity – the title track ends abruptly as the tape, both in reality and metaphor, comes to an end. Track two, ‘Papaya 2’, continues the sensations of nostalgia through lo-fidelity and the degradation of age with warbled synth textures akin to the experimental soundtracks of long forgotten B-movies. Fluorescent Heights, otherwise known as Henrik Stelzer, delivers half an hour of unfolding synthetic music, true to the medium and also to the brooding and mysterious theme.

As stated at the beginning of this collective review, the batch releases from Constellation Tatsu afford me, as a listener, the opportunity to discover new artists and music from a tried and trusted source. It will forever amaze me that in a time of seemingly infinite amounts of unheard music that can reach my ears at the click of a button, my most cherished musical discoveries come in the form of the humble cassette tape of an unfamiliar name that remains a mystery to me until the spools begin to turn. Of the batch, Atariame’s ‘Fear Is The World’ stands as my favourite unexpected find. As I write the closing remarks of this review, I’m working my way through the rest of the artist’s discography and seeking out earlier releases – some of which to my delight, are also available on tape – with a rare and honest enthusiasm for discovery. Steven Ramsey, the mastermind behind Constellation Tatsu, has an unquestionable knack for exposing listening treasures, and is deserving of commendation. I’m very much looking forward to buying, receiving